As the fight to combat childhood obesity enters full swing, many parents are left wondering if school-related programs promote questionable eating behaviors and physical activities in their children. Science Daily explores this issue, and, citing a recent poll, finds that even the most well-intentioned efforts to decrease childhood obesity could create a most unintentioned outcome.

*The article below, in its entirety, courtesy of ScienceDaily.com. 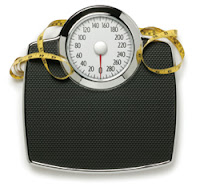 In a new poll, 30% of parents report at least one worrisome behavior in their children that could be associated withthe development of eating disorders.

A new report from the C.S. Mott Children’s Hospital National Poll on Children’s Health examines the possible association between school-based childhood obesity prevention programs and an increase in eating disorders among young children and adolescents.
The poll asked parents about obesity prevention programs in their children’s schools and about food-related behaviors and activity that may be worrisome.
Overall, 82 percent of parents of children age 6-14 report at least one school-based childhood obesity intervention program taking place in their child’s school. Among these programs are nutrition education, limits on sweets or “junk food” in the classroom, height and weight measurements, and incentives for physical activity.
Additionally, 7 percent of parents report that their children have been made to feel bad at school about what or how much they were eating.
This same group of parents was also asked about their children’s eating behaviors. Thirty percent of parents of 6-14 year-olds report least one behavior in their children that could be associated with the development of an eating disorder. These behaviors include inappropriate dieting, excessive worry about fat in foods, being preoccupied with food content or labels, refusing family meals, and having too much physical activity.
“The issue of childhood obesity is a serious problem. In order to intervene in what seems like an epidemic of childhood obesity, everyone needs to be involved,” says David Rosen, M.D., M.P.H., Clinical Professor of Pediatrics, Internal Medicine, and Psychiatry at the University of Michigan Medical School and Chief of Teenage and Young Adult Medicine in the Department of Pediatrics.
However, Rosen says, “When obesity interventions are put in place without understanding how they work and what the risks are, there can be unintended consequences. Well-intentioned efforts can go awry when children misinterpret the information they’re given.
“Many of these behaviors are often dismissed as a phase,” says Rosen, “But given what we know about the association of these behaviors with the development of eating disorders and knowing that eating disorders are increasing in prevalence, they should be taken very seriously.”
Parents that report incentive programs at their children’s school to increase physical activity are more likely to say their children are “too physically active” (11%) compared with parents who do not report incentives for physical activity at their child’s school (4%). Otherwise, the poll did not find an association between school-based obesity prevention programs and other worrisome eating behaviors among children.
The fact that 30% of parents report at least one worrisome eating behavior in their children is concerning.
“It’s much better and safer for parents to respond to worrisome eating behaviors early — even if there turns out to be no problem — than to wait until there is obviously a big problem,’ Rosen says. “It is much easier to prevent an eating disorder than it is to treat an eating disorder.”
Rosen offers these suggestions for parents:
1. Be attentive to your children’s eating habits. If you see behaviors that are worrisome to you, talk to your children about them. If the behaviors escalate, involve your child’s doctor.
2. Find out what your children’s schools are doing to prevent childhood obesity. Be involved and engaged in that process.
3. Ask your children if they’re being teased at school about their food choices or their weight. If they are, go to the school

Back to All Blog Articles

Read about how our patients continue to show improvement after discharging from our facility.

Our Treatment Outcomes
Contact Us
Call for Free Insurance Verification